Be the first to review this product
Special Price £51.98 Regular Price £59.99
Pre Order - Available From 18/02/2022 - Free Delivery
On request
Sku
HORIZON FORBIDDEN WEST - PS4 GAME
Notify me when the price drops
Skip to the end of the images gallery 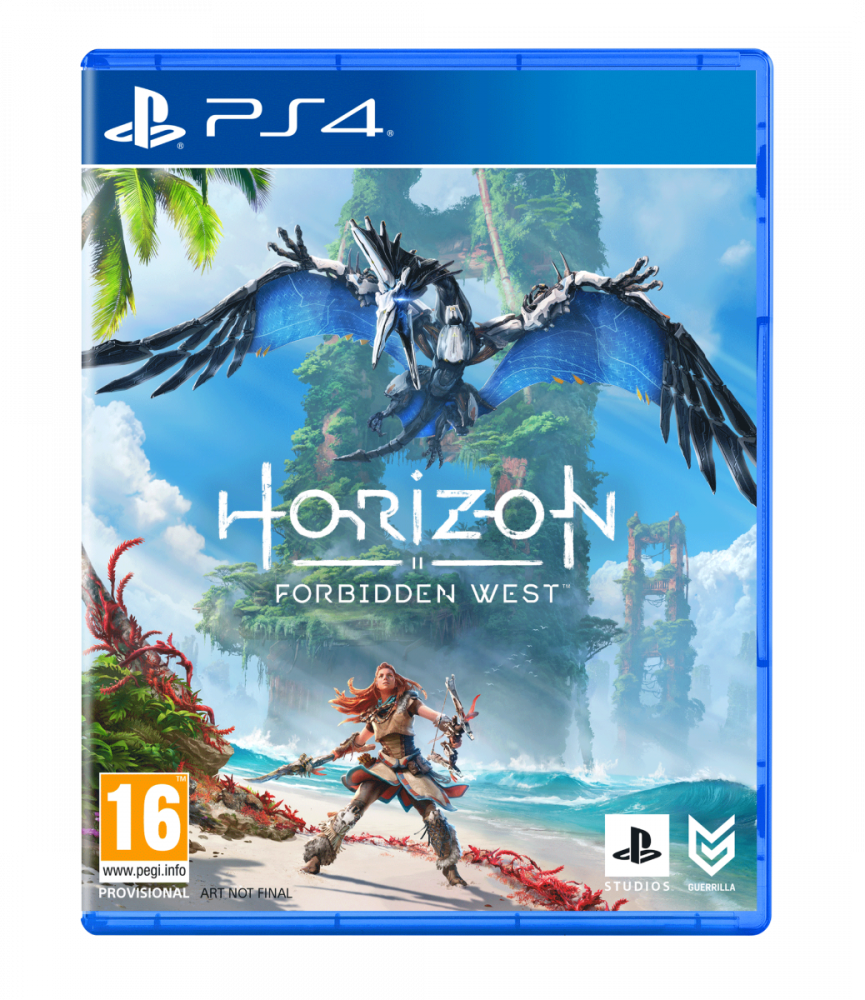 Join Aloy as she braves the Forbidden West –a majestic but dangerous frontier that conceals mysterious new threats.

The land is dying. Vicious storms and an unstoppable blight ravage the scattered remnants of humanity, while fearsome new machines prowl their borders. Life on Earth is hurtling towards another extinction, and no one knows why.

It's up to Aloy to uncover the secrets behind these threats and restore order and balance to the world. Along the way, she must reunite with old friends, forgealliances with warring new factions and unravel the legacy of the ancient past –all the while trying to stay one step ahead of a seemingly undefeatable new enemy.

A majestic frontier –explore the lush forests, sunken cities and towering mountains of a far-future America.

Unravel startling mysteries –uncover the secret behind Earth’simminent collapse and unlock a hidden chapter in the ancient past... one that will change Aloy forever.